Packers sacks leader Clay Matthews: 'My playing days are over' 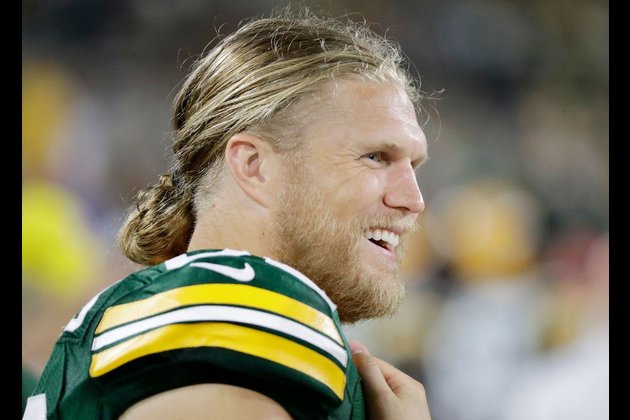 All-time Green Bay Packers sacks leader Clay Matthews confirmed to multiple reporters during a promotional tour Tuesday that he has unofficially retired from the NFL.

All that's left is for the Packers to bring him back for an official ceremony.

"My playing days are over," Matthews, 36, said Tuesday in an interview with Packers Wire.

The linebacker spent 2009-2018 with Green Bay but was released during the offseason in 2019. He played the 2019 season with the Los Angeles Rams but hasn't been in the league since.

"Ultimately it is what it is," Matthews told ESPN. "I had fun in my year in L.A. It was a blast getting to go home (to California) and play with some incredible players."

Matthews said he is awaiting the day when he will be invited to retire officially as a member of the Packers.

"I definitely look forward to it," Matthews told Packers Wire. "My kids are getting older, so they understand what I was able to do, so I very much look forward to showing them around Lambeau, and where we used to live, and all the things that were an integral part of their young lives and my young life as well."

Matthews racked up 91.5 sacks in 156 games (150 starts) with the Packers, who picked him in the first round of the 2009 draft. Matthews was still a viable NFL player when he joined the Rams, racking up eight sacks and two forced fumbles in 13 games with them.

He sat out the 2020 season during the COVID-19 pandemic and told ESPN he hoped the Packers might ask him to return in 2021. Joe Barry, his former position coach, had just rejoined the Packers as defensive coordinator.

"He had reached out to me," Matthews said. "He knew that I could still play and I think he knew if he had me, he could find a way to use me within the scheme. But nothing ever manifested, so I think ultimately there might have been powers above that didn't want that to happen."