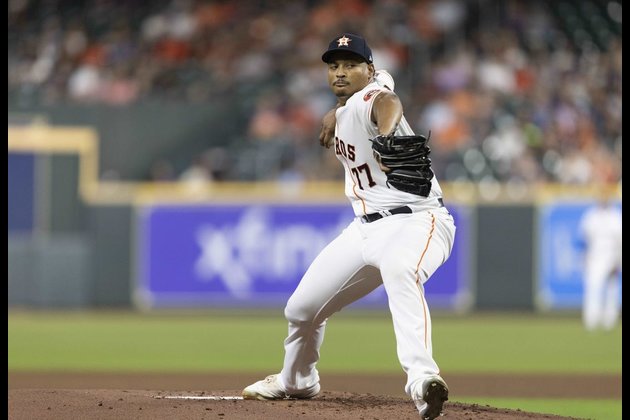 Jose Altuve recorded his eighth career multi-homer game while David Hensley produced his first career home run as the Houston Astros opened their season-ending, eight-game homestand with a 10-2 interleague victory over the Arizona Diamondbacks on Tuesday.

The Astros (102-53) lowered their magic number to secure home-field advantage throughout the American League postseason to one by bashing five home runs, three in their four-run sixth inning. Houston holds the tiebreaker over the New York Yankees for the best record in the AL.

Altuve matched the franchise record, set by George Springer in 2019, with his 12th leadoff homer this season, drilling a 2-0 sinker from Arizona right-hander Zach Davies (2-5) out to left field for his 27th home run.

Davies limited the damage to the Altuve dinger in the first inning despite facing seven batters, but after setting the Astros down in order in the second and third, Davies began to falter in the fourth.

Houston secured a 2-1 lead when Trey Mancini plated Kyle Tucker with a sacrifice fly to center in the fourth. The Astros chased Davies with a two-spot in the fifth, ignited by a leadoff double from Altuve and a pinch-single from Hensley that extended the lead to 3-1. Hensley replaced designated hitter Yordan Alvarez, who turned his left ankle on his first-inning single.

Davies had recorded 11 consecutive no-decisions before allowing four runs on six hits and two walks with three strikeouts over 4 1/3 innings. His last victory came against the Cubs on May 13.

Arizona reliever Ian Kennedy recorded the first two outs of the sixth with ease before the Astros flipped the power switch. Altuve began the surge with his 28th home run, a 388-foot shot to left-center that extended the lead to 5-1. Two batters later, Hensley followed a Jeremy Pena single with an opposite-field shot to right. Alex Bregman added his 22nd homer.

Astros right-hander Lusi Garcia (14-8) limited the Diamondbacks (71-84) to one run on four hits with six strikeouts over six strong innings. Arizona shortstop Geraldo Perdomo clubbed his fifth home run with two outs in the third inning to net the Diamondbacks a short-lived 1-1 deadlock.

Altuve finished 3-for-4 with a walk and four runs. Pena added his 20th home run in the eighth.